According to an IOG press release, issued this morning, they will not be holding the annual Saltex event at Windsor racecourse after this year's show (Sept 2nd - 4th). The 2015 event will be at NEC in early November.

Presumably, there will not be provision for any equipment demos. Personally, I think this is a retrograde step. Suppliers like the opportunity of showing their machinery working, and visitors enjoy watching it. It's probably the main reason we have exhibited at Saltex (this is our eighth consecutive year) and may well be the main reason we decide not to do the Show in future. Here is a paragraph taken from the IOG release:

"By moving to the NEC, SALTEX 2015 will be more comprehensive than ever before. In addition to the UK’s largest exhibition of groundscare and landscaping products and services, the indoor venue will allow for an even wider range of educational seminars and panel debates. The event will continue to feature the unique ‘Ask The Expert’ clinic, and for the first time, incorporate the IOG’s annual conference and awards events".

So, good idea or not? I should be interested to know what others think.

of 3 Next
This reply was deleted. 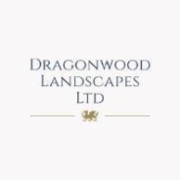 We're often asked to create bespoke planting plans for landscapers who are under pressure to finish the hard landscaping and just don't have time to think about which plants should go where.  Naturally you want the finished garden to exceed on…

The Dennis Razor Ultra cylinder mower is helping the ambitious Rykneld Bowling Club to progress in the right direction.

Rykneld Bowling Club, based in Derbyshire, boasts an impressive history that stretches back to 1918.  It is an exciting…