An arboriculture company has been fined after an eighty-two foot tree they were felling crashed down onto two cars and narrowly missed two members of the public.

Southend Magistrates Court heard how The F.A. Bartlett Tree Expert Company Limited were carrying out the work at Torrington Drive, Debden last summer when the tree was felled in the wrong direction. The large poplar tree fell across a grass verge, the public carriageway and footpath before coming to rest in the front gardens opposite, narrowly missing two members of the public.

An investigation by the Health and Safety Executive (HSE) into the incident which occurred on 1 August 2016, found that the job was not properly planned or appropriately supervised, there were not enough workers to carry out the job safely, they didn’t have the correct equipment and they had not been properly trained. The work area was not sufficiently segregated from members of the public, and the company did not follow standard industry guidelines.

“This was a serious incident and it is fortunate that nobody was injured as a result. The case highlights the importance of following industry guidance in order to fell trees in a manner that does not expose members of the public to unnecessary risk.

The video footage demonstrates how quickly things can go wrong. A lack of training combined with a failure to ensure that an adequate plan of work was prepared, implemented and followed left members of the public exposed to risks that could have easily been controlled.” 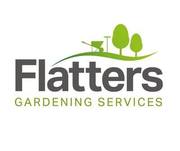 I was hoping to start mowing next week.

Started by Craig Flatters in Groundscare 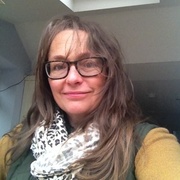 Mates rates.....Designing a garden for friends - a cautionary tale that could save you thousands

Started by Phil Voice in Design and Landscaping

Started by Gary @ LJN in Business

Started by Gary in Pesticides

The Future of Landscape Juice

Winter and spring ideas for work

Started by Mitchel ingham in Business

'How green is my valley' ? BBC reveals how much of our land is built on...

Started by Gary in Info

Redesigned from the ground up, the new ICL Turf & Landscape Product Guide includes an up-to-date listing of products and an abundance of useful information for those who manage turf and amenity areas.

The Product Guide consists of…

Redesigned from the ground up, the new ICL Turf & Landscape Product Guide includes an up-to-date listing of products and an abundance of useful information for those who manage turf and amenity areas.

The Product Guide consists of…

If you have found this blog, you may well be looking for a grass cutting contractor to maintain your garden or commercial premises in Lincolnshire.

At South Lincs Grass Care (a trading name of ANP Services Spalding Ltd), we aim to provide a…

The aptly named Storm Dennis certainly didn’t prevent the annual Dennis and SISIS groundcare seminar from going ahead, and by all accounts it once again inspired, educated and offered real solutions.

Hosted at the Durham County Cricket…