STOP PRESS: The Williams case was successful at trial and is already considered a landmark case. Network Rail appealed and the High Court accepted that it was important enough to justify leapfrogging it straight to the Court of Appeal. It will be heard at some point probably within the next year (2018) and is likely to be the landmark case on Japanese Knotweed for a generation.

JMP Solicitors won a court ruling on Japanese Knotweed which could pave the way for home owners to get compensation from Network Rail, local authorities and other major landowners.

It follows a “David and Goliath” battle by two next door neighbours who took on Network Rail – and won.

Samantha Towle, lawyer, JMP Solicitors acting for Stephen Williams, 43, of Maesteg applied for an injunction from Network Rail to treat the Japanese Knotweed on their land and sue for damages as the infestation caused interference with quiet enjoyment of his bungalow.

The application was opposed by Network Rail. The judge refused to grant Network Rail grounds for an appeal.

The claim against Network Rail was that: 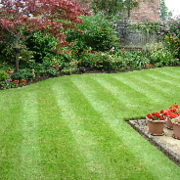 Started by David Benson in Plants