Hello. My name is Fleur Voice.

Very few of you would’ve heard of me but you would’ve heard of my Dad, Phil Voice, who founded Landscape Juice Network in 2008. In Febuary 2016, Dad was diagnosed with colon cancer and underwent radiotherapy followed by surgery and the instillation of a stoma. A few months later, after recovering from surgery and having undergone a course of chemo, we believed we were making positive progress. However, we were then told that the cancer had spread to the liver. Despite various chemo protocols, the tumours then spread to his lungs. We continued with chemotherapy, but, over the last few weeks, Dad’s condition has rapidly deteriorated.

When he realised that his cancer was getting worse, his ultimate focus became to attend my graduation, which he successfully achieved on Thursday 18th July. But, by the end of the few days we spent in Manchester, he started to lose mobility in his legs. By the time we got home on the Sunday, he could no longer walk. At first, we thought it was a trapped nerve from a previous injury when he was younger, but tests revealed a tumour compressing his spinal cord which was prohibiting his movement. After speaking to the doctors, we were advised that surgery was not an option as there would only be a 50% chance of survival solely of the operation, and the tumour would eventually return anyway. He is now at home resting and is being provided with extremely thorough care from the “Hospital at Home” service here in France.

As a side effect of his treatment, he progressively developed Peripheral Neuropathy which rendered him unable to write and type, and frustratingly for him, prevented him from producing content for LJN. It has been distressing to witness Dad’s inability to passionately execute projects because of something he previously took for granted such as sitting and typing a blog post. We personally witnessed the thousands of hours he put into helping other people and writing useful information for others, and he is now distressed he is unable to persist in these activities. Even as we write this, it brings a tear to his eye when he talks about not being able to contribute in the future.

What does this mean for Landscape Juice?

My brother, Henry, and I as well as Louise, Gary and Craig have decided to carry on Dad’s legacy by taking over both the management of the site as well as reinitiate topical content with his help and advice. We aim to abide by the ethos Dad had in mind when he came up with the idea of creating a platform for the individuals of the horticultural industry, and to listen to your needs and ideas about how LJN should develop in the future.

Without naming people directly, there have been certain individuals who have become very good friends, mentors and advisors throughout the development of Landscape Juice, who have equally shared Dad’s vision in providing a space that enables landscape and horticultural practitioners to develop their businesses. But not only that, they have provided a genuine community where everybody is respected and included. Already over the last four weeks, we have had a series of business development meetings to facilitate the strategy of maintaining Landscape Juice for many years to come. of 7 Next
This reply was deleted.

We have an open position for an experienced commercial maintenance landscape gardener, ideally with good handyman skills, to join our company due to contiuned expansion. Based in west Surrey, we work across the South/South East predominately for commercial clients. The candidate will have/be: Experience in commercial grounds / estates maintenance with practical handyman skills Presentable

Lawnswood Landscapes are currently looking for an experienced hard landscaper to work on a variety of projects Based in Southwick over the past 9 years we have established an excellent reputation for our work and now looking to expand due to our increased work load. The ideal candidate will need to have at least 4

Started by Greg Francis in Groundscare

Started by John F in Machinery

Started by Oliver clarkson in Machinery and Turfcare

Started by Gary @ LJN in Business

Started by Gary in Pesticides

The Future of Landscape Juice

Winter and spring ideas for work

Started by Mitchel ingham in Business

'How green is my valley' ? BBC reveals how much of our land is built on...

Started by Gary in Info 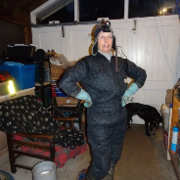 Started by Julie Eccleston in Machinery

Colliers Park in Gresford, Wales has recently benefitted from a major renovation…

Vic Demain, Durham CCC head groundsman, says that the Dennis Razor Ultra 560 fine turf mower has made a significant improvement to the pitch at the Emirates Riverside stadium and in particular has praised the groomer reel attachment.