For four seasons I have been cutting a lawn on an as and when basis with the brief of just keeping it reasonably tidy.

There is a patch in it which I always assumed is where the concrete mixer stood and was washed out when the house was built.

This year the weather has wrecked the less than perfect lawn,  so I decided to dig a hole in it this afternoon to confirm what I thought and sure enough when the house was built in 1967 six inches of top soil was thrown over the concrete mixer washing,  so there is a pad of rough concrete roughly three metres square under the lawn.

Three years running I have raked it over and thrown some seed on it, it takes and looks okay then the patch starts to dry out, this year it was inappropriate to water it and now it's just a mess.

I have a Kango, I am pondering putting a long chisel in it and working across the patch breaking up the concrete underground without actually digging it out.

What do you think the chances are of the grass establishing in six inches of top soil once the concrete underneath has been broken up, assuming the Kango does the job? 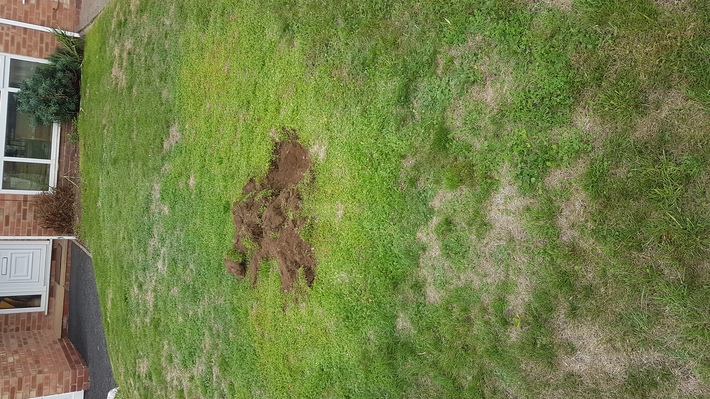 The rise of battery-powered machinery has impressed Richard Dexter, Head of Grounds and Gardens at Oakham School, but he believes “Dennis Mowers has gone one step further and made it even better.”

Oakham School, based in Rutland,…

The rise of battery-powered machinery has impressed Richard Dexter, Head of Grounds and Gardens at Oakham School, but he believes “Dennis Mowers has gone one step further and made it even better.”

Oakham School, based in Rutland,…

A range of Pellenc battery-powered equipment is helping to maintain the grounds at one of Scotland’s grandest mansions.

Marchmont House is a ‘Grade A’ listed Palladian mansion in Berwickshire built in 1750 by Hugh Hume-Campbell, 3rd Earl of…

We were delighted to welcome 300 people in person for our first full RTM Show Live since 2019! Brackwell Farm was once again alive with…

The Head Greenkeeper at Knole Park Golf Club, in Sevenoaks, Kent, has explained how his entire nutritional programme revolves around ICL’s Vitalnova Stressbuster.