Sussex County Lawn Tennis Club is the latest customer to benefit from a Replay Rejuvenation® process which has restored two of the clubs four artificial tennis courts to an ‘as new’ condition.

Following a full site survey, it was apparent that the artificial turf courts were of sound construction, but were suffering the consequences of age, with contaminated material affecting both the aesthetics and the playing properties of the courts.

Dark patches could be seen across the courts, highlighting that contamination was present within the surface infill, while areas of standing water were prevalent after spells of heavy or prolonged rain, demonstrating the inability of rainwater to adequately drain away.

Moss had also affected the tarmac courts at the club, causing the playing surface to become slippery, particularly when wet.

The Replay Rejuvenation® process restores sand-filled synthetic surfaces to an 'as new' performance and appearance, whilst often doubling the playing life of a pitch or tennis court for a fraction of the cost of replacing the carpet. And, unlike replacing the artificial surface, the Replay Rejuvenation® can be completed in days - saving facilities time and minimising loss of revenue.

Replay Rejuvenation® is also just as effective on long-pile surfaces - extracting the infill to any chosen depth.

Not only has the Replay Rejuvenation® process restored the artificial turf courts in Sussex to their former glory, but with regular maintenance it could also give the club a further five years of use from their courts.

A spokesman for Sussex County LTC said the Management Committee and members are very happy with the courts following on from the rejuvenation and also said the work was completed in a very professional manner. The club realises how important it is to have a maintenance programme in place and felt that Replay offer competitive rates for the annual maintenance, which includes four visits a year to keep the courts in a tip-top condition.

"I would second that, I nearly always have to raise the cutting height, after the last person, when I hire one. Camons have found to be excellent."

"I'll take the day off and suprise my better half with a trip to our local eliet dealer, where we can marvel at the various shredders and tyre kick to our hearts content!" 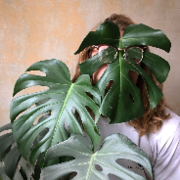 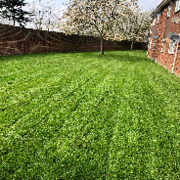 PRO
"I dont have one either Harry but my take on getting the right type of customer , be it via leaflets , direct approach , face book or attending a business breakfast is set your criteria and don't compromise . :)"

PRO
"Go to the Business Objectives Group (only available to Premium Members) from the menu bar and look to the r/h side for the Document Bank. Under that heading, there are a large number of folders and you are looking for RAMS and/or H&S.
I have just up…"

PRO
Hello first post and still getting my head round the site. can any one point me in the right direction for a flail mowing tractor and walk behind flail mowing rams thanks
See More 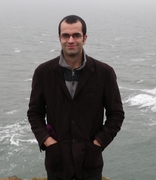 "It's well worth doing one. You can share it on local groups and give people lots of pictorial examples of what you do"

How effective are Facebook business pages, and do you get the right type of customer? Interested because I’ve never had one but thinking of doing one. Many thanks Harry
See More

Morning all, I have laid a path in a small school garden with varied small stones, slate, pebbles. Is there a resin I can pour on to bind it all together as I am concerned little feet and hands are going to distribute the contents of the path far an…
See More

PRO
"We never use membrane to plant through , We just put the mulch on top of the soil and around the plants ensuring its the correct mulch which will add nitrogen as opposed to depleting it as it breaks down .
Main reason is i have removed far too man…"

PRO
"Thanks for reply vic...i only do domestic and state to them
grass cutting resumes April 1st onwards but do cut till
till end of October....sometimes i think I start a little late and should  start earlier to gain more profit.....
"

"In a normal year here in north Derbyshire then mid/late March to end of October/early November.
It varies. A few years ago we had a really bitterly cold March into early April, which delayed the start on a few jobs.
I mowed until 14th November 2018.…"

"Could be either. I will have to have a much closer and longer look to see any signs of where the spring has worn where it attaches."

"Any feedback after a season using the new hayters? "

PRO
"Does it fit between 41 to give the height adjust some tension?"
More…

Hello first post and still getting my head round the site. can any one point me in the right direction for a flail mowing tractor and walk behind flail mowing rams thanks

How effective are Facebook business pages, and do you get the right type of customer? Interested because I’ve never had one but thinking of doing one. Many thanks Harry

Morning all, I have laid a path in a small school garden with varied small stones, slate, pebbles. Is there a resin I can pour on to bind it all together as I am concerned little feet and hands are going to distribute the contents of the path far…