On another thread on LJN I recently posted a comment lamenting the innate conservatism of design in this country.  The context of that comment belongs to a different discussion, but I think the point is worth exploring for its own sake.

If contemporary garden and landscape design is going to look at it best then it needs a suitable backdrop in just the same way that modern buildings need to be given an appropriate context in the nature of their setting.  The general drift of modern architecture towards clean graphic buildings with multi-purpose living spaces, a focus on the use of new materials used honestly and an air of informality is not yet reflected in the buildings that are still being built in their thousands by the big developers.  There are some exceptions of course, but for the most part these emerging design trends remain a lusted-for ideal in the pages of the design glossies. 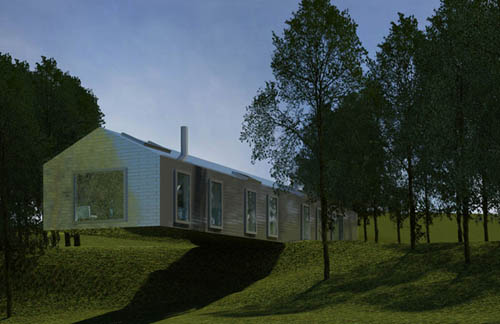 Yes, it really exists! Perhaps it's an extreme example, but it's pretty amazing...

Part of the problem (in design terms) is that in the UK we have such a vast stock of period houses – Victorian and Edwardian terraces and semi-detached houses dominate the fringes of all our towns and cities, the watered-down Arts and Crafts style of most of the latter having become the de facto vernacular architecture over much of the UK.  Although these houses are capable of some internal reorganisation they will never manage to achieve the sort of clarity of which a new house is able – even an expensive architect-designed remodelling will ultimately run up against the exterior design: unless the house is demolished a compromise is inevitable.  Since 1945 it seems that, although high-rise and other high density housing has attempted to embrace modern design, new stock of individual houses has generally followed the inter-War pattern, and even today we see otherwise perfectly liveable new houses dressed up as  Edwardian pastiche.

Faced with this welter of ‘traditional’ housing design it is no wonder that potential clients think they need ‘traditional’ garden design to go with it.  For a designer it’s an equally difficult tightrope walk – creating a garden that will respect and complement the architecture but that also allows a bit of current design flair can be a tricky one to pull off. 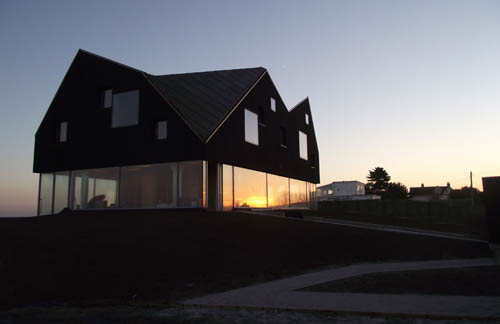 A new vernacular?  Modern design which displays it's local roots.

I’d argue that, although there are some refreshingly different new housing developments around, we do not yet have the sort of critical mass that allows us to identify a new vernacular, and given that, it’s no surprise that clients are still requesting ‘traditional’ gardens.  I’d also argue that the use of landscaping on new developments is rarely anything other than atrocious – having got a landscaping plan past planning control it seems that there is little appetite amongst developers to then push the boat out and do a decent job of designing and building the exterior setting for their houses.  It’s all a question of the budget, and the impulse to avoid anything that will detract from the bottom line is a powerful one, especially when the prices for your product are falling anyway.  As a result new projects invariably seem to end up with turf, a conifer and some yellow stained fencing, all jammed into sadly depleted soil over builders’ rubble.

How do we escape this cycle?  Planning control would seem the obvious place to start, and if planners gave more rigorous attention to the detail of some landscaping proposals developers might be encouraged to be more creative and to put more effort into the settings for their houses.  It would also help if developers could be encouraged to start moving away from the notion of the ‘traditional’ house – especially when there is an opportunity to integrate modern design into areas already bulging with ‘traditional’.  One-offs by architects for individual clients are starting to break up the uniformity of the townscape in many areas, but the truly impressive modern development is a rarity outside the largest cities.  Of course the resources available to enable the planning process to contribute in this way are limited, and becoming more so, and the likelihood is remote. 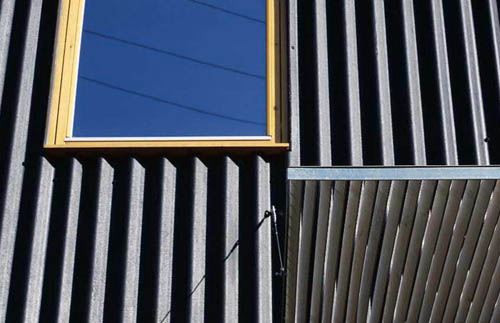 The details which derive from the structural use of materials will always have greater integrity than applied decoration or pastiche.

In the end it is all about vision – on the part of developers to engage in good, democratic, sustainable and appropriate design, on the part of planners to allow new modes of building into our towns, cities and villages and on the part of landscape architects and garden designers to create spaces and surroundings that complement the structures.  There are good examples out there, but with an ongoing need for affordable and economic housing there is a great opportunity to create the sort of contemporary buildings and spaces that reflect current approaches to design, if only there is the will.  Chucking out the chintz is only the start!

The images are courtesy of Mole, an Ely-based office of architects I stumbled across this week - their buildings seem to combine a truly contemporary approach to sustainability and practical design with very beautiful results.

"Stephen, yes 7 series, they're one of the largest dealers in the Midlands and sell a lot of machines, they obviously see the warranty claims, no doubt there will be users who will contradict what the dealer has said. They are very honest in their…"

PRO
"Possibly revs and blade engagement .
I think you have done the right thing to reject the mower for the price you paid ."

"Was it the stihl 7 series though? Heard nothing but great things about them , I use to have an etesia but was the smaller model
Maybe  a future investment "

"Stephen, couldn't agree more on the HRX. My multi franchise dealer refused to sell us a Stihl ! Yes good in the wet, build quality atrocious. Etesia are fantastic in the wet, plastic box , open back but at a cost!"

"Dealer mentioned adjusting revs and blade , maybe the issue is the blade,  I'm not willing to tamper with a mower at that' cost
You don't buy a ferrari then start changing bits the next day as its not performing as it should "

"Hi Peter,  funny you mention that,  I've had that mower for 2 years it's been unbelievable,  I'll deffo be getting another one that's for sure
Lightweight too
The stihl 7 series looks superb in damp,  long conditions "

PRO
"It could be that pro machines are engineered to be more enduring and last longer but its not always reflected in the finish they produce .
You could take the view that you had the mower on demo but its just not suitable for your needs as the end…"

"We ran one commercially disappointed too , didn't do anything well. Do yourself a favour buy Honda HRX 537 HY we've run several for a few years on big sites, superb finish, excellent mulcher and great collector, we swap ours every 2 years as the…"

"The finish was terrible with mine , the dealer had to come and take pics it was that bad
Leaving some strands uncut ...

Very very poor in damp,  my Honda which is not a commercial model put it to shame,  I'm going to try the stihl 7 series ..."

PRO
"I bought mine Eight years ago new for £495 , although the deck is rusting away now its served its purpose and its reliability has been awsome .
The finish has never really impressed me on fine lawns , mainly used it for mulching those rough lawns…" 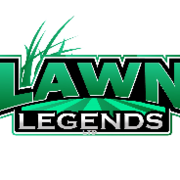 PRO
"we done the same, but we offered some low maintenance options ahead of stopping service ie barking borders or decorative stone etc in hope to retain some clients who we also done lawns for, most took up the offer with exception of one large property…"

"Sounds great , thats ideally where I'd like to be
It's just nice to have some jobs to fall back on if it's bad weather , myself I can earn enough mowing to cover the bad days , but I have a staff member who relys on me to provide him work."

PRO
"when we started 7 years or so ago it was everything we done, but scaled it down through the years as got more clients. now we only do grass cutting and lawncare and weed spraying with odd hedge during season for clients but majority we push onto…"

Having purchased a toro pro recycler last week I was so dissatisfied with the quality of cut and bagging I've sent it back to my local dealer, has anyone else had any problems with these ? Toro still haven't responded to my email and messages online…
See More
More…
Loading ...

Having purchased a toro pro recycler last week I was so dissatisfied with the quality of cut and bagging I've sent it back to my local dealer, has anyone else had any problems with these ? Toro still haven't responded to my email and messages online…

Having purchased a toro pro recycler last week I was so dissatisfied with the quality of cut and bagging I've sent it back to my local dealer, has anyone else had any problems with these ? Toro still haven't responded to my email and messages online…

How to price a client list for sale??? ASAP

Hi there, I hope people on here can help.We are closing our lawn care business (established for 7 years) and are hoping to sell our client list (with each clients permission) to another lawn care business if we can. We are on a tight time scale (end… 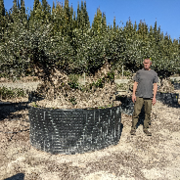 Evening.yHow many of you use olive trees in your landscape desiqns ?We are already reserving trees for next year.