Having recently had my trimmer head jam up on me, i took it apart to find one of the con rods had started to break up where the bearings rub on the spur gear cam, and as a result loose parts had quickly stopped play!

I took everything out and removed as much of the old grease and bits of scrap bearing as possible, see below. 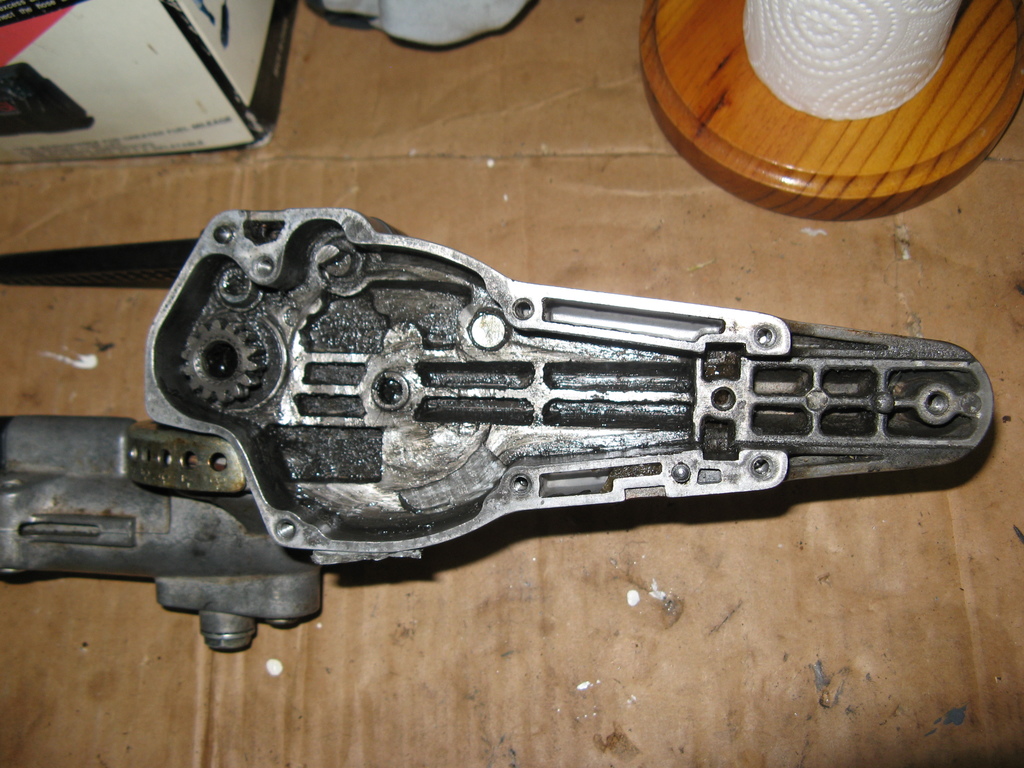 As mine had damaged parts i just pulled it all out but be aware that if you are reusing bits then the bearings in the larger head end of the con rods are actually loose when removed from the spur gear cam, so care is needed to avoid dislodging any. you will see in a later photo how the spur gear has been worn by said bearings coming loose and shifting position and wearing grooves into it. 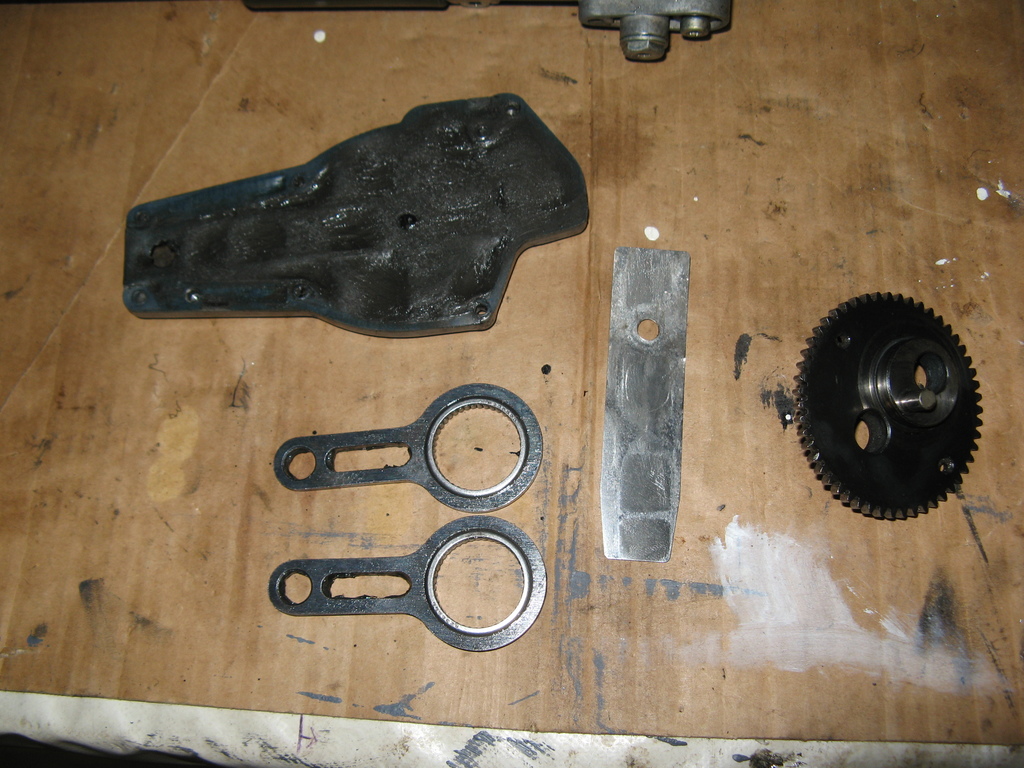 Above shows the case cover with gasket attached, the new spur gear and pair of con rods, and a strip of metal ive no idea what its really called, but it goes between the top con rod and case cover, to stop the con rod rubbing on the gasket. 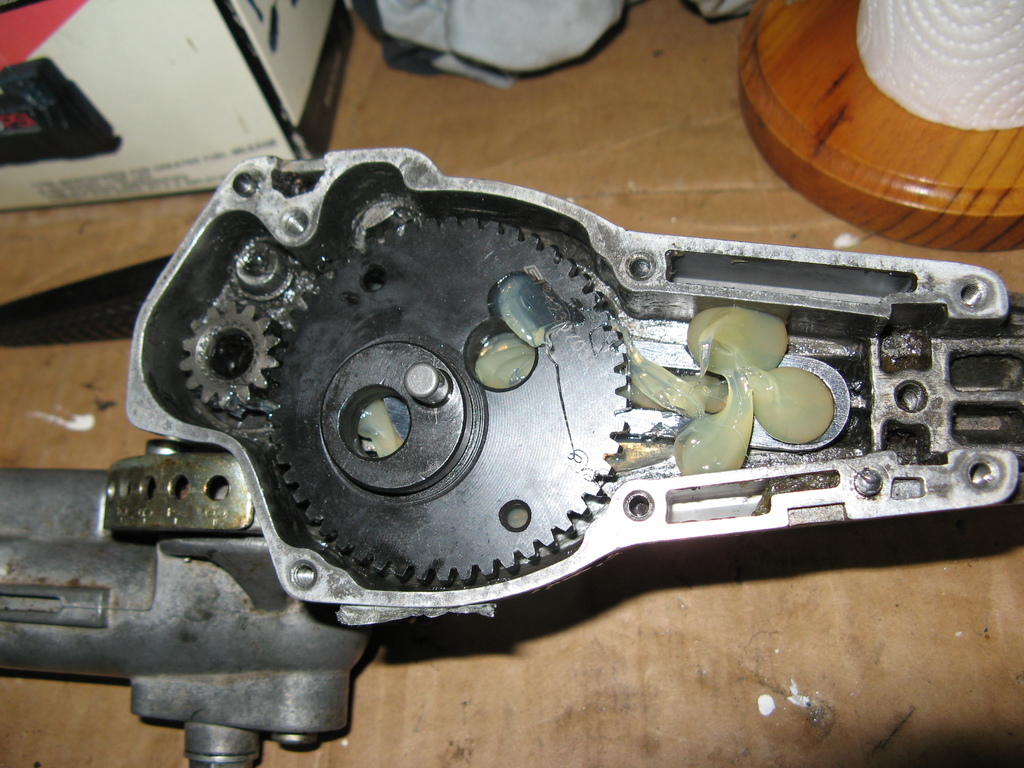 This pic shows the bottom con rod in position in the head and the spur gear on top of that, plenty of grease was squeezed into the case before dropping in the parts. 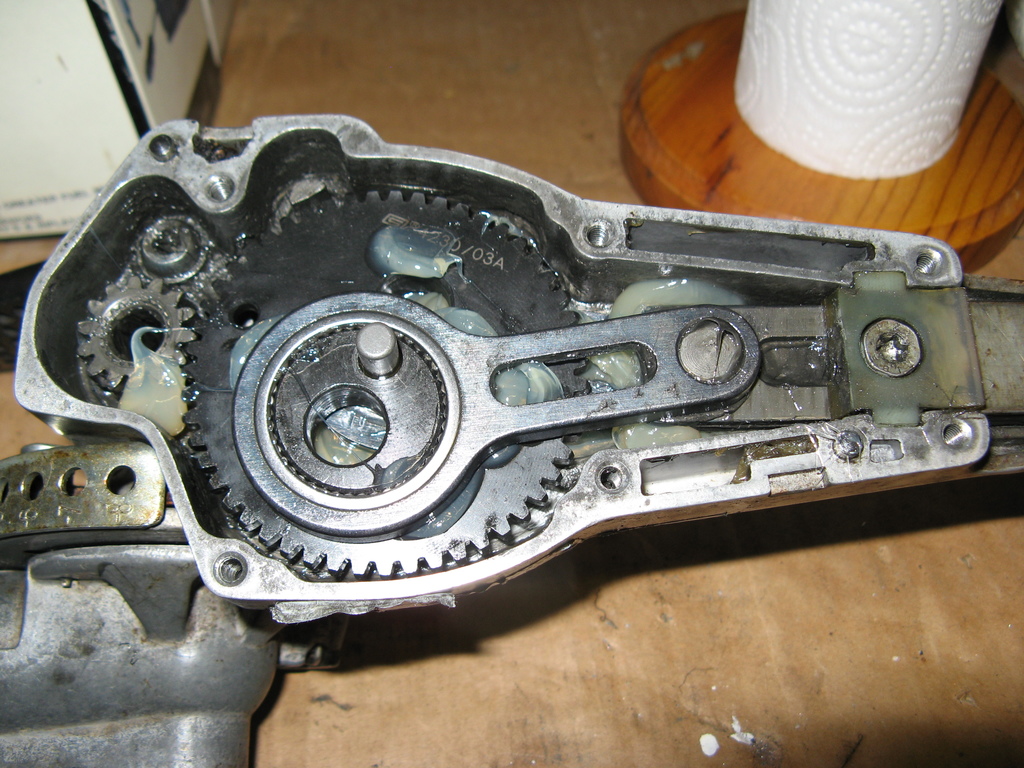 Top con rod now in position, first though you have to get the blades in place, with the bottom one located into the hole in the con rod smaller end, then drop the top con rod in, again locating the end onto the blade, you may have to move the blades by hand to line everything up, note the white plastic grease seal/clamp screwed in position over the blades. Also in this pic look closely at the larger end of the con rod and you can clearly see the bearings, they can easily be dislodged if care is not taken when removing/installing the con rod onto the spur gear cam. 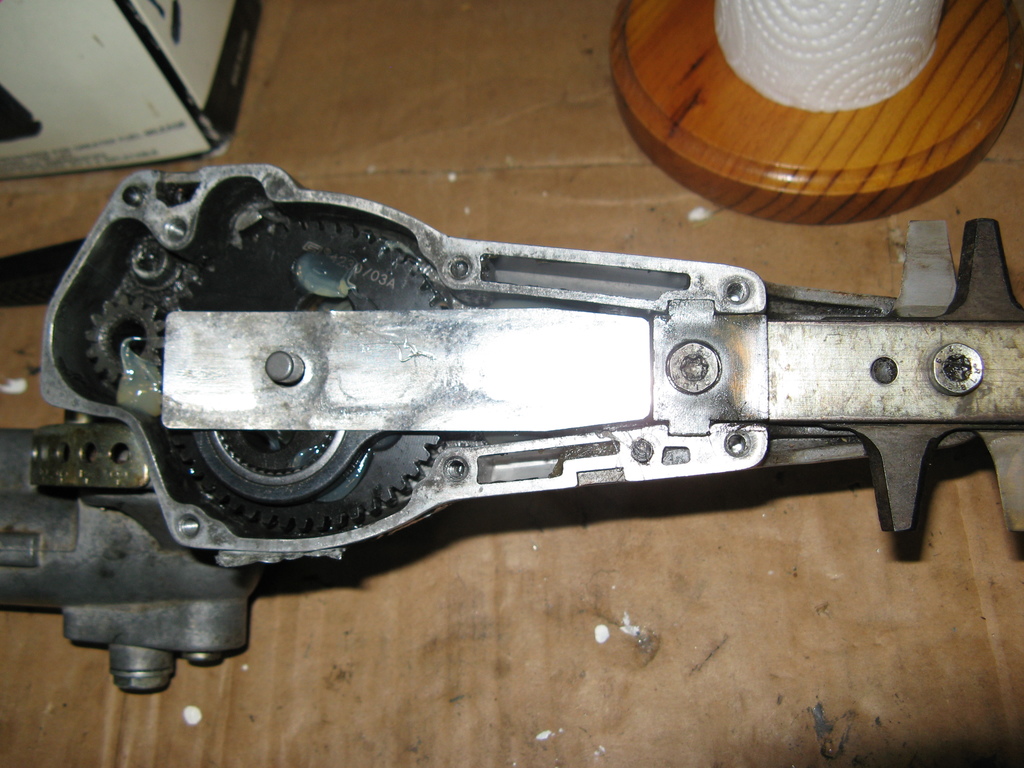 Metal spacer/rubbing strip in place, not shown in this pic but, squeeze in more grease around the edges and around the smaller drive gear/pinion on the left of the shot. replace cover, and that's it, simples! Run the unit and see if any grease oozes out where the blades enter the head, if it does you've probably got enough in there, if not use the grease point and add some more to be on the safe side. I would certainly recommend adding more grease after the first use with the new components, as the grease will obviously be flung about around the edges of the head, to where there would normally already be grease sitting, thus leaving less on the moving parts. 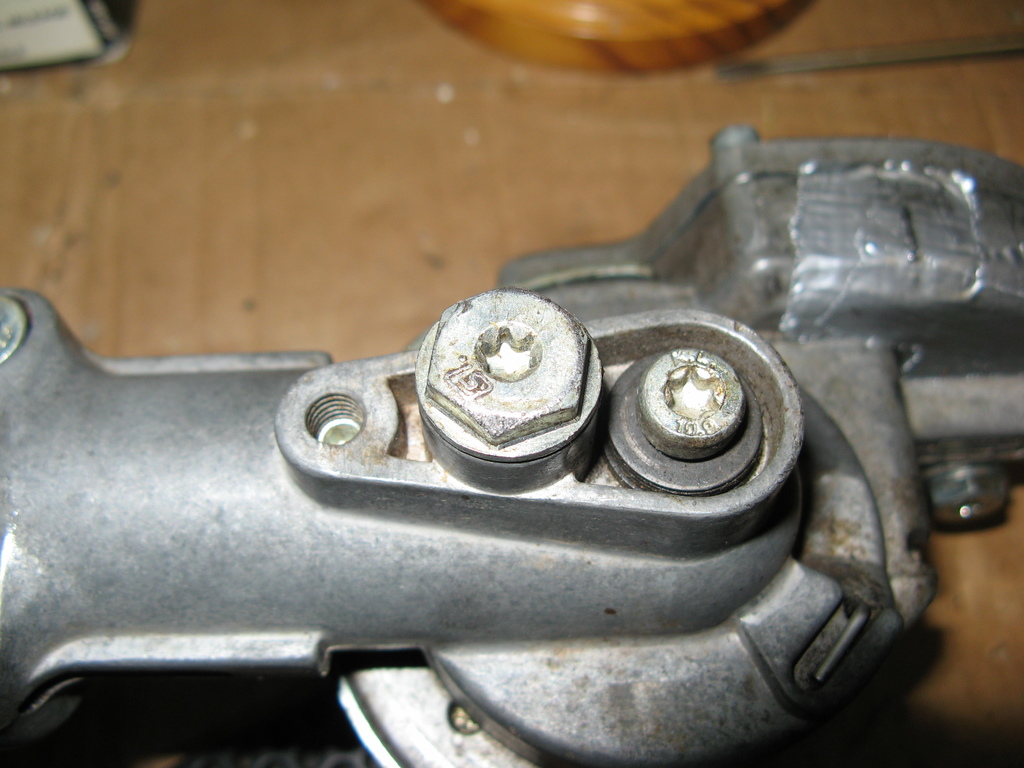 Remember to put some grease in here as well, the bolt on the left, according to my dealer this grease point is often forgotten about, you have been warned! 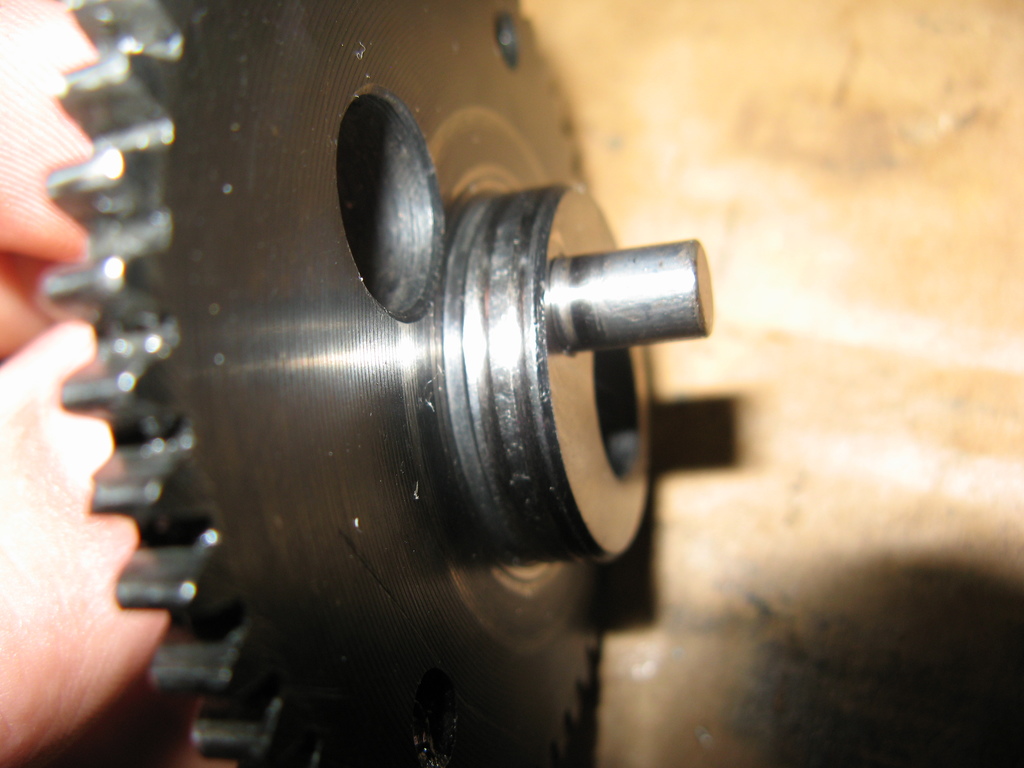 This is the old spur gear, you can clearly see where the loose bearings from the con rod have turned side ways and worn grooves into the cams surface!

Hope that's of help to some one

PRO
"I used to do this before I discovered the tonne bag... now I never use a barrow - unless Ive landed myself with shifting gravel or top soil"

PRO
"The mulch/shredder blades are very good for brambles, I use one with a Stihl FS360 and it cuts through everything. As others have said be careful of hidden dangers, I hit a piece of metal fencing wire lying in grass and the blade chopped it up…"

"Google bessertrim, British made, Mitsubishi or Honda engine.
Bought a couple brush cutters from them before the summer on the recommendation of another member and they've been faultless.
The websites not great, but I phoned and dealt with them…"

PRO
"We would nearly always cut the council verge outside the properties we maintain. It usually adds a couple of minutes to the time and helps to enhance the landscape.
Technically you probably shouldn't but I can't see it being enforced and I don't…"

PRO
"Prior to FreeAgent I also only used Excel spreadsheets with various formula. I then made an error with a VAT return, which created a stressful time with HMRC to resolve. We are a growing business, using a spreadsheet as before would now be a…"

PRO
"I cut the verges & maintain shrubs & trees in a residentil close, which is council owned. Strangely enough all the other roads around the area including the only access to this close are private.The council don't seem to have a problem with it being…"

PRO
" Wolf Lead rake & I have recently started using a snow shovel. Seem to pick up an awflul lot of leaves pinching them together. Ally handle on the shovel makes it light & less arm fatigue
"

"Thanks for the feedback

The software is free to NatWest buisness account holders and is something I've toyed with for a while.
i currently use spread sheets with lots of formulas which work ok but just wondered if there is simeothing better with…"

PRO
Probably sounds daft but i have to travel with a full load and my wheel barrow nearly fills up my small van . The roof bars are too far apart to accept the length of my wheelbarrow so i am thinking about first securing a ladder on the top and then…
See More

"My Husky 545RXT with the Oregon shredder blade and Husky guard has been a very capable addition to my arsenal for the type of work you're doing. The only drawback appears to be the system for folding down the cow horns for limited space storage - I…"

"I use a rectagular bin from an old ride on mower - the kind with a shoot up the side & two solid bins on the back.  I use it like a giant dustpan. Lay it flat, rake the leaves in, pull upright & use a foot to squash them down, then repeat."

"I have been making the same choice.  The two obvious contenders are Viking Icefighter & Dunlop Purofort Thermo.  I have decided on the Purofort as they have excellent reviews as working boots & the sole/heels of the Vikings seem to be soft.  I …"

PRO
"I read an article early 2018 which said that NatWest had purchased shares in FreeAgent. At that time I was looking for business accounting software, and the fact that NatWest were backing a new start up seemed interesting to me, particularly at a…"

PRO
"I'd second that, a phenomenal combination. Would also use the hedgecutter to knock down the high stuff to the point where the 460 can break it up. For the current year's growth , just use a 3.3mm line on the same machine.
"
More…
Loading ...

do you carry a wheel barrow on top of your vehicle ?

Probably sounds daft but i have to travel with a full load and my wheel barrow nearly fills up my small van . The roof bars are too far apart to accept the length of my wheelbarrow so i am thinking about first securing a ladder on the top and then…

I have a client who's asked me to cut an area of grass next to her property that belongs to the council. She's been asking for years for them to cut it regularly, but as it stands it's probably done 1-3 times a year. She's asked me to cut it, and…

HiI have a customer that has a Ginkgo Biloba in their front garden. However, it looks like the tree has been ringed by strimmer damage and due to this the trunk tapers in at the base. It has started to recover, and leaves are growing back. There… 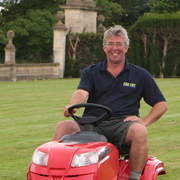 Morning AllI have just taken on a new client, who is a property developoer, with two large sites. Both are overgrown fields and I am considering a heavy duty brush cutter to deal with the areas where the flail won't reach. Mostly brambles. Any…