A survey to over 1,500 respondents commissioned by the Royal Horticultural Society (RHS)* has found that 80% of the UK is getting outside gardening over the 2014 National Gardening Week, 14th to 20th April, and Easter Weekend.
The top three gardening activities of the moment are weeding, mowing and cutting back last year’s foliage on herbaceous perennials and grasses.

The survey suggests more male members of the household will be cutting the grass with nearly 70% of them saying they’ll be mowing their lawns compared to 57% of females. Generally men appear to care more about their turf, with over half of the men questioned saying they’ll also be tending their lawn this week to help it recover from the winter and get in shape for spring, compared to almost 35% of women.

Slightly more women than men said they would be cutting back foliage on herbaceous perennials and grasses, 45% compared to 42%, pruning shrubs after flowering, 42% compared to 40% and sowing seeds in-doors, 39% compared to 31%.

RHS Head of Advisory, Guy Barter, says: “After the challenging cold weather last spring, gardeners are enjoying a great start to the season this year and making the most of the sunshine. In March at the RHS we had record calls to our advisory team and answered over 6,000 gardening questions. Most of the questions have been about pruning trees and shrubs, particularly those damaged by winter gales, and dealing with lawns rich in moss and with sparse grass, in this case a consequence of prolonged wet weather.

“We also enjoyed the highest number of visitors to our four RHS gardens in March, with almost 172,500 in total, and are expecting thousands to join us over the Easter break too.

“I’m not surprised that one of the top gardening jobs is looking after the lawn, as a nation we’re passionate about our turf and the survey found that only 14% of us think our lawn is perfect. The main complaint people had with their lawn was moss, with nearly a quarter saying their lawn has quite a lot of moss and 7% saying it’s nearly completely moss.

“Moss can be a temporary problem following drought or waterlogging, or more persistent, suggesting a problem with underlying conditions. Killing and removing the moss is just the start. To remain moss-free, the vigour of the grass must be improved and any other contributory factors addressed.

Over 60% of people said that the main reason they garden and grow plants is to create a beautiful space to relax and enjoy and over 40% will mainly use their garden for family gatherings and barbeques this spring.

Guy adds: “People wanting to use their gardens as an extension of the home is a trend we’ve seen growing at RHS Chelsea over the last decade and there’s no doubt there’s an appetite to create beautiful social spaces to enjoy with our family and friends outside in our gardens. This is reflected in the many gardeners intending to have more pots (25%) and more flowers (22%) to decorate their gardens this year – garden centre tills will be ringing this holiday.” "I can't speak for the Weibang 50 SVP but I've bought a new Legacy 56V which is the domestic roller drive model. I use commercially and have been for 3 years now at so far it's proved bulletproof. I get the impression Weibang build over engineered…"

Looking to buy a lawn compost spreader for top dressing.Anyone got or used?Numerous makes available with a lot  of Chinese generics with dubious reviews. Narrowed it down to Ezdoo, Walansee and Landzie, where do they get these names!The Ezdoo comes…
See More

PRO
"Of course you can sell it, window cleaners sell rounds or part of all the time. Normally 3 or 4 months turnover is acceptable. Don't give up on gardening. Get a few jobs in your neighbourhood that are easy for you to get to. Charge the going rate…"

PRO
"Of course you can sell it, window cleaners sell rounds or part of all the time. Normally 3 or 4 months turnover is acceptable. Don't give up on gardening. Get a few jobs in your neighbourhood that are easy for you to get to. Charge the going rate…" 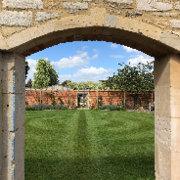 PRO
"Never had a engine go bang yet"

"Thanks Adrian. I don't know if I'd be so bold. As I say,  my livelihood partly depends on my machine. But I may change the oil slightly less frequently this season? "

"I disagree. Obviously a dedicated mulching blade would be better if that what you want to do. But there is absolutely nothing stopping you from just sticking the mulch plug in with a standard or high lift blade if you want. "

"Adrian says you do need to change blades?"

"Adrian. Do you keep up to date with the oil changes?  It says on my machine to change it every 50 hours. As I rely on this machine to make me a living I do change the oil as reccomend. But I do feel its a bit over kill. "

PRO
"We have 3 different Weibang mower yes a little heavier than some other machines but very reliable start first time. Providing the machine is not BBC the high-lift blade or mulching blade are a must the standard blade is ok as a stand-by, highlift to…"

"Yeah it's something I was thinking of funny enough. I'm not sure how to get ahold of them at the minute. But I'm working on that one"
More…
Loading ...

Looking to buy a lawn compost spreader for top dressing.Anyone got or used?Numerous makes available with a lot  of Chinese generics with dubious reviews. Narrowed it down to Ezdoo, Walansee and Landzie, where do they get these names!The Ezdoo comes…

Selling a small gardening round

Hi, I'm looking at selling my small gardening round and wondered if anyone on here has sold or bought a round in the past and has any advice for me please?It's only a small round with a minimum take of £10,000 per year but usually more with extras.…

Is the DeWalt hedge trimmer range a worthwhile investment? I already have several DW tools, and handy because they all use the same battery system. A colleague has also recently reccommended to me the BU-KO 52cc multi functional tool. It comes with…