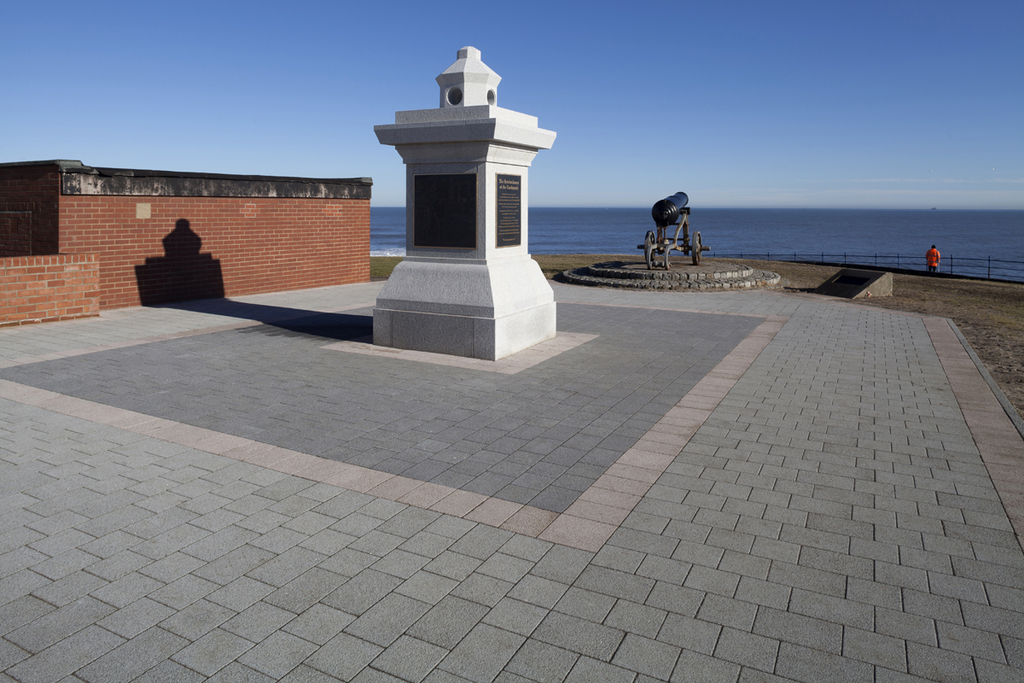 A stunning memorial has been unveiled in the North sea-port town of Hartlepool to mark 100 years since the town was bombarded by German warships in World War One. Tobermore are very proud to be involved in this moving tribute to those who lost their lives in the atrocity in 1914. The world class paving and walling manufacturer have supplied a wonderful selection of block paving products for the new Bombardment Memorial which was designed and constructed by Hartlepool Council.

Hartlepool marked the occasion with a day of civic and community events organised by Hartlepool Council in partnership with the Heugh Gun Battery Trust. The highlight of the Centenary commemorations was the revealing of the Bombardment Memorial, overlooking the sea, in a beautiful ceremony from the Lord-Lieutenant of County Durham, Sue Snowdon.

Hartlepool’s Mayor, Stephen Akers-Belcher noted, “The bombardment of Hartlepool was an event of massive significance, not only locally but nationally…It is especially poignant that descendants of the civilians who were killed will be taking part in the day, together with representatives of the military organisations which lost personnel."

Hartlepool Council’s choice of Tobermore paving products for this landscaped area is the perfect accompaniment to the inspiring monuments at the Bombardment Memorial and the tranquil sea-side surroundings. Tobermore’s fabulous Fusion block paving in sparkling Silver, Graphite and Rose are featured on the memorial grounds and have helped create a very striking, yet soft look.

Emulating traditional natural granite, Fusion's premium exposed aggregates and wide range of modular sizes and colour options, allow for the creation of eye-catching visual effects through the clever use of laying patterns. Fusion block paving can be easily incorporated on any type of landscaping project.

PRO
"We all have a different market place and have to cut the cloth accordingly , I have never being one for throwing my dummy out of the pram if i can't get the price i need i find you only have two choices sometimes .
1 . Sit at home and sulk
2. Get…"

"It should still be £60p/h even with a hand mower. You seem quite upset Sean that I have given my honest opinion and advice. It is quite alright if you disregard what I say. I only mention my figures in order to demonstrate the running costs involved…"

"yes, good to hear how everybody does it differently and what works for them"

"I actually had a female customer say to me once "if you can't get a digger in there, it'll have to be a hand-job". I was both relieved and disappointed that a digger fitted through the gateway."

"We all know how much you spend on gear per year and how expensive your ride-ons are, this is mentioned whenever the topic of grass cutting prices is raised, as is the fact that quite a lot of domestic gardens are in actually cut with a regular pedes…"

"a lot of the other gardeners around here actually charge a lot less per hour than i do but prefer the half day/full day formula which i find boring and not as lucrative as i prefer to flit from one job to another, all within a small local area. Vic'…"

"We have had these discussions many times before. I think that the majority of us think that £1 per minute is about right for grass cutting. If anyone wants to work for less than that then I am very happy for them to continue. I really and genuinely…"

"The £1 per minute formula works up to a certain point, in my opinion it works best up to 45mins-1hr, after that the customer may begin to baulk at the price (this is for regular maintenance, not one-off priced work). So, do you try and fill your day…"

"Yes good to hear what others are charging, some of my lawns take 2 hours due to fiddly shape/ slopes/ multiple grassed areas rather than sheer size, Just can't see a pensioner shelling out 120 pounds every 10 days to 14 days for it to be done. Anoth…"

PRO
"I do a couple of domestic lawn cutting jobs which are about 750-800m2 and take about 40 minutes each.  I charge £40 for them so that’s in line with £60 per hour.  It’s not outlandish by any means as I can’t see anyone mowing anything,  apart from a…"

"I agree and what I was trying to say "I wouldn't want to do it on the prospect of £50K turnover ... but, starting out, you could".
Do people really want to do this long term for less than £50K p.a. turnover? A full time, employed, gardener around h…"

"With all due respect to you and your £big number businesses, £60p/h as unviable as a start-up gardener? Don't talk rubbish."
More…
Loading ... 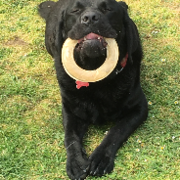