The SISIS Rotorake TM1000 tractor mounted scarifier is the perfect ‘all-rounder’ according to Christian Brain, Grounds Manager at Cheltenham College.

“In a school environment, I need to buy equipment that is versatile and can do different jobs on multiple surfaces,” said Christian. “The SISIS TM1000 ticks all the boxes.”

If anyone knows the secrets behind maintaining grounds and sports pitches in schools, it is Christian - he has been at Cheltenham College for just over eight years which followed positions at Cokethorpe School and Radley College.

It was during his previous positions that he first became acquainted with the SISIS Rotorake TM1000.

“The TM1000 is a machine I have used a lot in my previous roles, and I am delighted that Cheltenham College now has one,” he said. “The purchase of the TM1000 by the school has been justifiable because it is incredibly versatile and able to undertake both scarification, aeration and grass collection in a variety of situations,” Christian added.

The SISIS Rotorake TM1000 is a tractor-mounted heavy-duty scarifier and linear aerator and is unrivalled when it comes to removing and controlling thatch. It includes a collector box and floating unit to follow ground contours and its contra-rotating reel throws debris forward ensuring a clean, consistent groove resulting in an excellent finish. The TM1000 also features interchangeable blades and a quick, simple depth setting without tools.

Christian currently relies on the 2mm scarifying removal reel and revealed just how much the Rotorake TM1000 will be used at the college.

“I have already scarified the front lawns of the school with it, which helped to clear out a lot of rubbish before seeding.

“Over half term I have scheduled in a light scarification with it on all of the rugby pitches. We will then see what kind of spring or winter we have, and whether we do a bit more in-depth scarification on some of the areas in preparation for the summer term. It will also be used on the football pitches and cricket outfields too.

“It is great to have it here now,” continued Christian. “I no longer have to worry about hiring or borrowing kit like I previously did. We can use it whenever we like and the whole team can operate it because it’s very simple to use.

“The TM1000 is the perfect all-rounder, and it does exactly what we need it to do. It was the best one on the market for me.”

"depends on the capacity of battery but maybe 2p more than it was before? best way to do it maybe with one of those electricity monitor power meters that you can plug a 3-pin mains appliance into, and can tell how much power is used during the cycle…"

PRO
"If you want to keep an accurate record buy a plug in meter like this
https://cpc.farnell.com/energenie/ener007/power-meter/dp/PL13026" 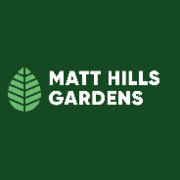 PRO
"I really rate the 545 series of Stilhs ... Game changers in that size being so lightweight, well balanced and unbelievable wet grass collection so last year i added a 655v .... The good news its pacy in full speed (i speed up rpm's a bit) and…"

PRO
"There was a post on here once that I bookmarked for future use but it seems to have disappeared, it may have ended in the archives or gone forever.... it was the topic below and I hava a feeling one of the Andys gave the calculations.... so maybe…"

PRO
Due to the current hike in energy prices is there a simple way of calculating how much its costing to charge up cordless batteries , to be fair i used to absorb the cost due to the fuel saving but now wondering if its adding up to a significant…
See More

"Your more than welcome to visit , don't forget your mower to give me a hand ;)
Yup after taxi driving for nearly 2 months I'm done
CANT wait to get back on the tools..."

"Very true.
I've always meant to visit Scarborough, looks lovely on the tele.
re plastering... after attempting it in a small toilet, which I describe as rustic, I realise just what a difficult and crap job it is.
In fact, many of the building trades…"

"Yes sunny Scarborough , but there is plasterers who want £550 a room
Just as there are people who cut lawns for a fiver "

"Wow that's cheap. Goes to show the regional variation in prices.
I'd be looking at £250 a day minimum for a plasterer."

"How many hours did he put in each day?" "The last time I was called young master William was about 1972 by the dinner ladies in primary school but I like it, might get some T-shirts printed. Cheers Viv I'll keep edging my prices up and might get there just before I retire. "

PRO
"I have a client who had a mature conifer removed & ground out. They had been in the property for 25 years prior & this was possibly 40ft high. They had no knowledge of anything else being under it.
Once it had been removed I noticed spouts coming…"

Due to the current hike in energy prices is there a simple way of calculating how much its costing to charge up cordless batteries , to be fair i used to absorb the cost due to the fuel saving but now wondering if its adding up to a significant…

Trying to make sense of the usage restrictions as from April for legal use of red diesel.Only affects us for our Forst chipper, from our understanding it's ok to use red if it's for forestry work but not ok for other tree work, the regulations are a…

I got the new HT-KM, which according to Stihl can run a 1/4 or 3/8 chain & Stihl say that it comes with a 3/8 fitted but mine came with a 1/4.Does anyone know what I would have to change to use a 3/8 ?  I am guessing chain plus sprocket. Thanks

Good day All. It's happened again! Hedgetrimmer has stuttered and stalled. 3 red lights on the battery. I've checked and it's fine for grease, battery was at room temperature, this bit of kit just does not like the cold. This happened last winter…