Diamond is a brand new product EXCLUSIVE to Agrigem which offers excellent results on many tough weeds including horsetail. It is a soluble concentrate containing 160g/l 2,4-D + 240g/l glyphosate. It is approved for use on Amenity Vegetation, Orchards, Hard Surfaces (Railway Ballast), and Green Cover not being used for crop production. Once on the foliage, the 2,4 - D will break down leaf tissue which enables the glyphosate to translocate around the plant far quicker and deeper. It will deliver total weed control to both grasses and broadleaved weeds, controlling them quicker and penetrating deeper into the root system than glyphosate alone

With the withdrawal of Glufosinate & strain on glyphosate controlling tough weeds such as Horsetail, Docks, Nettles & Ragwort; we have developed a product which is a mixture of Glyphosate & 2,4-D. This will control all the weeds that glyphosate does, plus a lot of the others it is not very strong on such as established Nettles, Docks, Knotweed, Ivy & Horsetail. It will also deliver a deeper kill & faster results compared to straight glyphosate. Unlike most other glyphosates, it also has approval for Amenity Vegetation.

Diamond is exclusive to Agrigem and it will be the only approved product for Horsetail control, nicely filling the gap left by Pearl.

Area of Use - Artifical surfaces and Hard Surfaces

- Controls tough weeds such as Nettle, Ragwort, Horsetail and many other broadleaved weeds which are difficult to kill with striaght glyphosate.

- Grassland destruction recommendation giving improved and quicker control of weeds such as docks.

- Safe formulation for trees in orchards.

PRO
"I have a pair of Tobisho SR-1 secateurs but they have stayed for use at home. They are amazingly sharp and nice to use, I love the idea of them being hand forged. I use my Felco 8 at work and they get a battering but are easy to maintain. As said be…"

"Thanks Jonathan, I think that's given me the kick I needed to get myself a set.
Will report back in due course. "

"yes the HSA86 is a great machine been using them for several years but when you compare it side by side with one of the HSA94's for example, the difference in build quality is evident, you get what you pay for to some extent. I like a new HSA86 regu…" 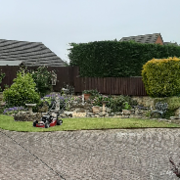 PRO
"Hi Will. I have to agree with everyone on here. I bought the HLA85 this season and don't know how I ever used to manage! Like yourself I used to use the Stihl Kombi long reach (130) and didnt think the cordless would match up. It does. I started wit…"

We're looking a for a new cut-and-collect ride-on mower which can cope with lawns of a few thousand m2 and in particular, will cope in the wet.  I thought I'd settled on a Kubota G23-II with high-dump: but I've heard good reviews of the Iseki SXG323…
See More

"Re the maintenance- something at the end of your quote along the lines of 'due to the averaging of charges over the year, if the contract runs for less than a year a final payment may be due  on termination if the payments made do not cover the work…"

Hi all. I’ve got a couple of queries that I’m hoping you can share your wisdom on.I’m sure the answers to these are in the bog somewhere but I can’t subscribe this month as it’s been rather an expensive one for one reason or another. So I will join…
See More 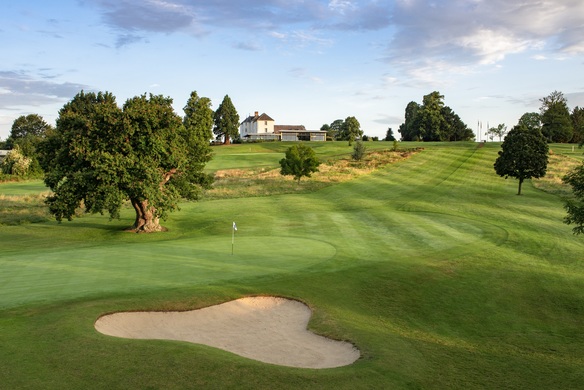 Paul Hathaway, Golf Course Manager at Tewkesbury Park in Gloucestershire, believes that a range of Limagrain UK’s MM grass seed mixtures has been integral to the courses’ recovery following the infamous drought of 2018. Tewkesbury Park is a family-o…
See More

PRO
"Glen,
I started with the standard no2 with the plain handle then got a pair of no8 with the more ergonomic handle and sounds like you may have the same fatigue as I suffer. After several months seeing a physio who was a keen gardener in a lovely for…"

PRO
Morning all hope everyone is  staying safe in these  intesting times we find our selves in.  I have a question about cut flowers...I've been considering growing on a small scale flowers specifically for cutting, I think that  due to the up surge of…
See More

"Thank you.
My concern is that without the product specifying a drying time how can a risk assessment be confidently produced? We are once again falling back to our professional opinion rather than supported advice from the supplier. Are we looking a…" 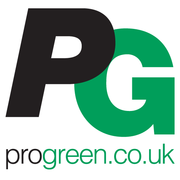 PRO Supplier
"The Code of Practice for using Plant Protection Products puts the responsibility solely on you, the person applying pesticides, I'm afraid.... You have to read the product labels and form a risk assessment based on potential danger to people & anima…"

"Thank you Gary,
Request sent. Armchair experts is a perfect description.
The guidance card certainly seems like an improvement, I will keep chasing the producers, it is helpful to know that something of use does exist."

">> I'm tempted to for the AL500's for speed.
I don't know the answer for batteries like this, but in terms of electric cars then faster charging is stressful and reduces life of batteries, as does leaving them parked when charged to 100%. Those cars…"
More…
Loading ...

We're looking a for a new cut-and-collect ride-on mower which can cope with lawns of a few thousand m2 and in particular, will cope in the wet.  I thought I'd settled on a Kubota G23-II with high-dump: but I've heard good reviews of the…

Hi all. I’ve got a couple of queries that I’m hoping you can share your wisdom on.I’m sure the answers to these are in the bog somewhere but I can’t subscribe this month as it’s been rather an expensive one for one reason or another. So I will join…

Morning all hope everyone is  staying safe in these  intesting times we find our selves in.  I have a question about cut flowers...I've been considering growing on a small scale flowers specifically for cutting, I think that  due to the up surge of…

Good morning,Hopefully someone may be able to help me.I don't know if anyone else has experienced this but we have found it to be more of a issue during lockdown. I look after properties where I apply a selective to the lawns, fertilse them…